Quoting from the project page:

Throughout my time at academia, I've relied heavily on carefully constructed schedules to maxise the use of my time. I don't know why, but I've always found my productivity is maximised when I have a clear and structured timetable to follow.

Before Goptables, I would usually plan out such a schedule in a spreadsheet tool - during High School before I learned to code, I'd use Excel, but then slowly transitioned to Google spreadsheets. However these tools, while overwhelming in their breadth, were ill-suited for such a task, their inflexibility requiring extensive boilerplate formulae every time before a schedule could be defined. Additionally, once I'd come up with a set of working and break times, they lacked any way of automatically randomly assigning tasks in such a way so as to meet my own personal criteria, and even more embarassingly I would then resort to assigning tasks by manually filling in cells. developing a personal heuristic for an optimal assignment.

Over the years I became quite good at setting up such timetables, even going so far as to engrave the exact commands needed to efficiently set up a timetable into my muscle memory. You could say that things were fine enough.

But! A Computer Scientist does not settle for "fine enough".

Hence, I present Goptables. The best timetabling tool you never knew you needed. 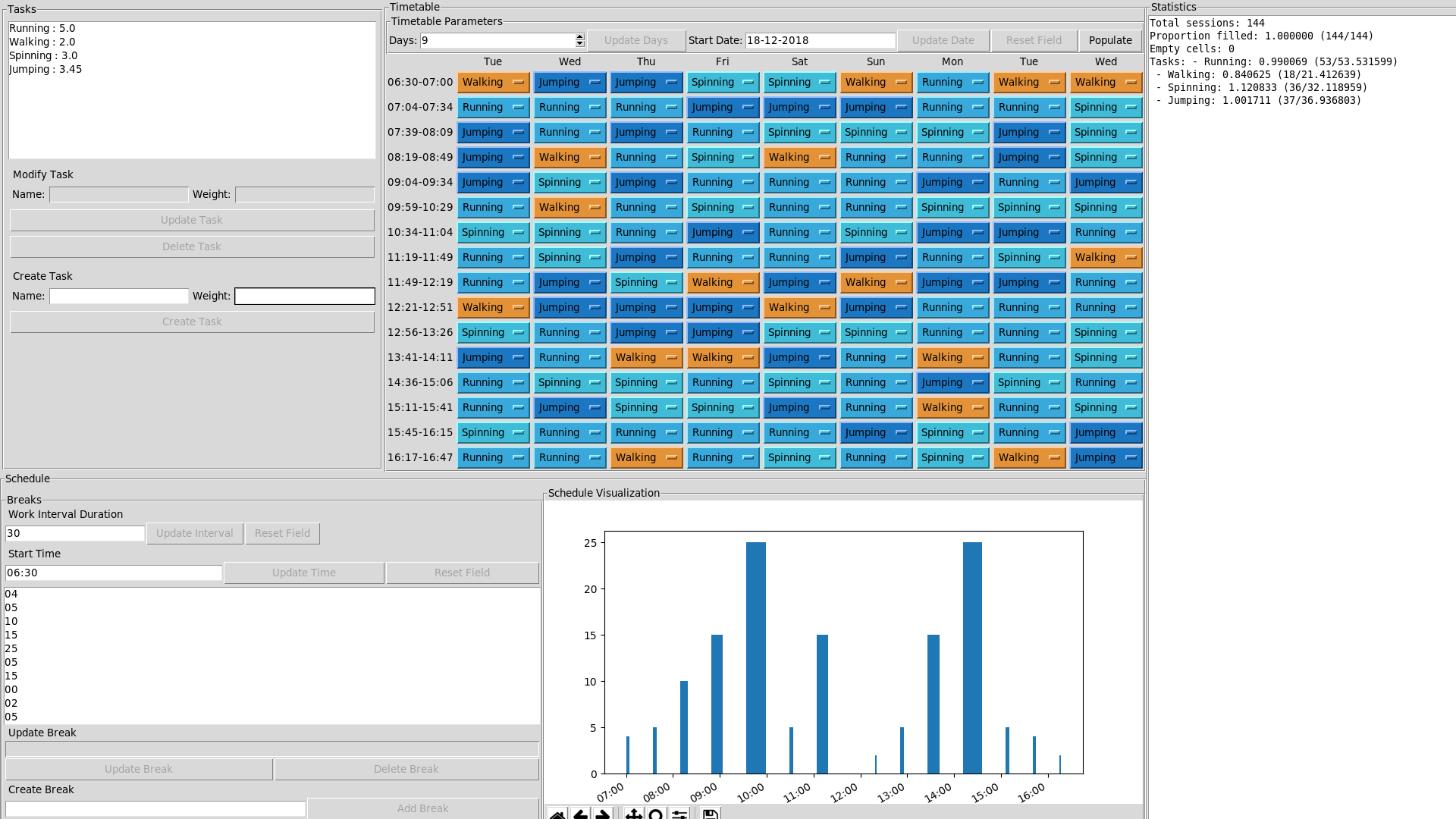 You can find this project here: gop-tables