This is one of the projects that I'm particularly proud of, because its like a crazy idea that I would have thought cool but impossible before I learned how to code.

The background for this project was that I often find that when I'm writing code, there is some implicit rhythm to my typing, and this rhythm does seem to change as the intensity of my emotions change - i.e like when I'm close to completing a long feature that I've been working a while on.

My motivation then, was to try and provide a more suitable background music for my coding, by continously tracking the speed at which I type, and then using this to inform the choice of music backing - during an intensive bout of changes, some more epic music might be in order, however when I'm just working on some menial changes, a more leisurely tune might be preferable. 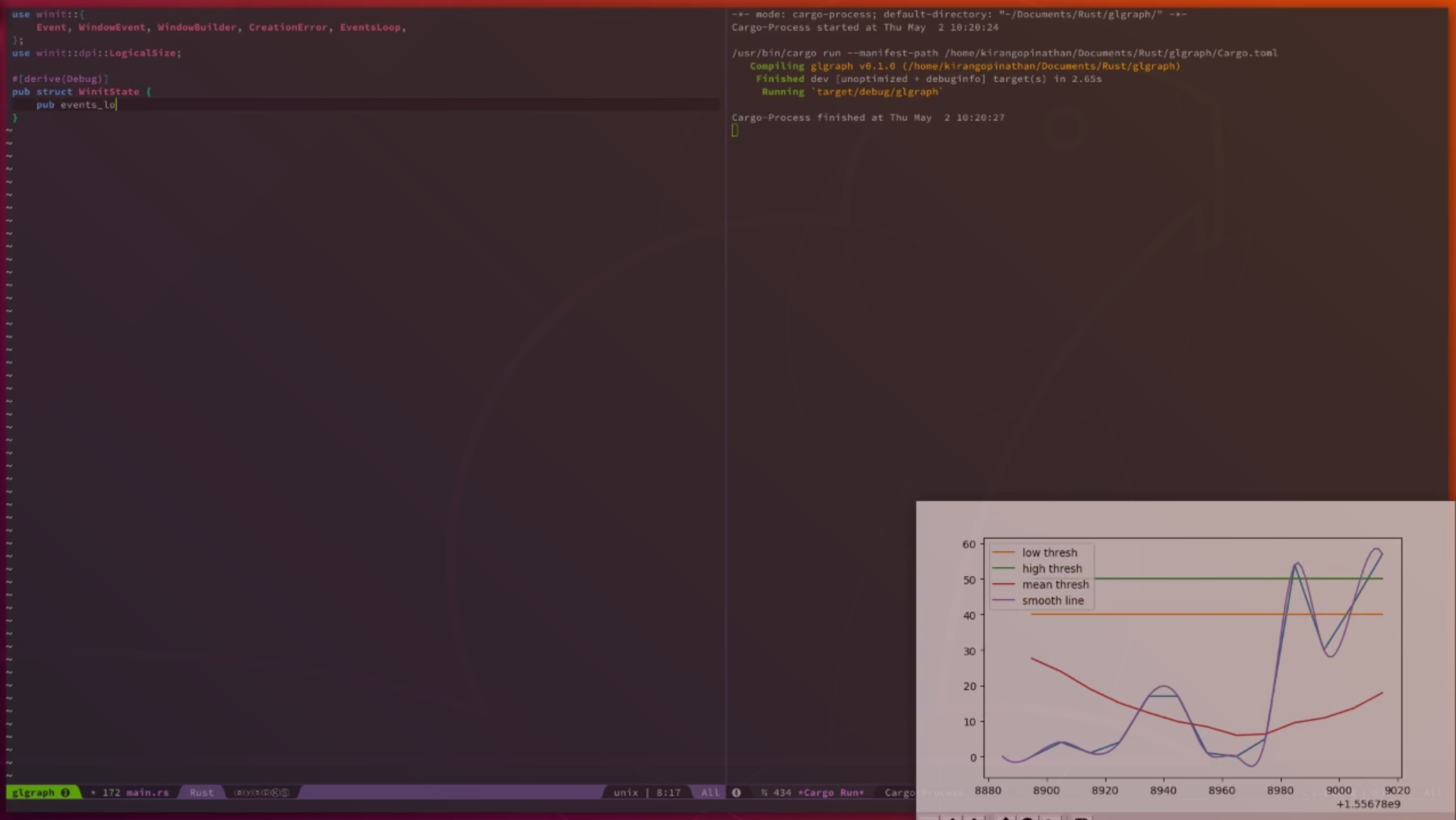 This current project is mostly just a proof of concept - it isn't polished enough to be something that I could comforatble recommend to others, so I plan to rewrite this in OCaml at some point in the future.

You can find the project here: gop-music